Sri Lanka’s most successful rugby club, 147-year-old Kandy SC will hold their annual general meeting and election of officers today at 10:00 am at the club house.

Thanks to the players for placing this club at the top of the rugby pitch, they have the record for the most successful team in the country since 1992 with the most league wins and knockouts.

The reputation this club has earned wherever the game is played has been earned due to their consistent success spanning decades across all ranks from school dropouts to senior players.

Many famous rugby players have reached great heights from this club not only to represent the national team but also to play for freshman teams abroad. Founded in 1874, Kandy SC has been the most successful rugby club in the country, repeatedly winning all titles offered by the parent body such as League, KO’s and Sevens since 1992.

According to an official, the same committee will be appointed and there will be replacements for S. Tennakoon, C. Jayatilleke, A. Jayasena and the late M. Mendis. The last three appointed have resigned.

The committee will be composed of people like A. Nanayakkara, A. Welikala, Fazil Marija, S. Marasinghe, M. Selvan, A. Jayasena, S. Kumara with others to come.

The team manager will be the former Isipathanian Kapila Silva who is also the club manager with Fazil Marija the head coach and Viraj Prasana the assistant coach.

After winning, Nigel Ratwatte will lead the team on the pitch. He is also a superb ball handler and thinker in action. His overall abilities, combined with his inspiring leadership and exceptional sportsmanship, make him a complete player. He represented Sri Lanka in both forms of the game. 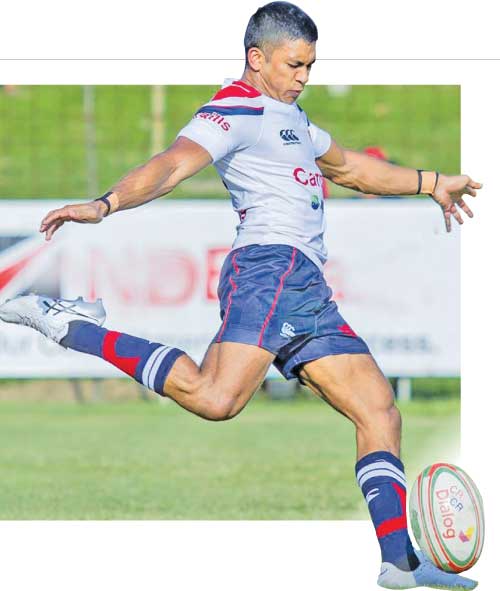 He is a player who can fit in as a full-back, opening half or center and started his rugby at Trinity College where he was captain of the school’s Under-13 team in 2004 and s He showed great promise in the game. He was named the best kicker in his age group that year.

Ratwatte at the age of 13 flew to Mauritius with his parents where he played rugby for St. Nicholas’ Grammar School and later for the Black River Club.

In 2007, he was selected to play for the Mauritius Under-18 team on a tour of Madagascar and also played in the African Confederation rugby tournament as well as the Indian Ocean Sevens in Madagascar.

With the Lions disbanded, he entered Kandy SC and in 2012 made his international debut with the Sri Lanka squad at the HSBC Asian Sevens tournament.

For his good work he was named captain of Kandy SC in 2020 and 2021 and a Ratwatte captain has the ability to get the best out of his players.